Introduction:
Gas turbine is an internal combustion power machine that uses continuous flowing gas as a working substance to drive an impeller to rotate at high speed and convert the energy of fuel into useful work. It is a rotating impeller heat engine. 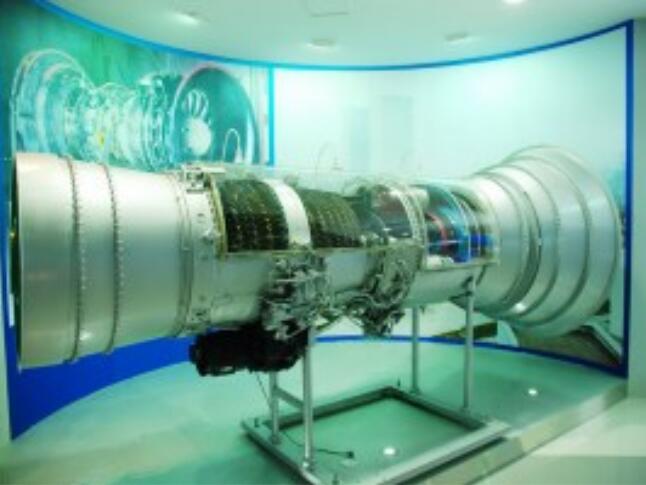 The working process of the gas turbine is the simplest, called simple cycle; in addition, there are recuperation cycle and complex cycle. The working fluid of the gas turbine comes from the atmosphere, and is finally discharged to the atmosphere, which is an open cycle; in addition, there is a closed cycle in which the working fluid is used in a closed cycle. The combination of a gas turbine and other heat engines is called a compound cycle device.

Advantages and disadvantages:
Advantage
Directly output rotary motion, do not convert linear reciprocating motion into rotary motion. It is better for gas turbines, so jet engines and ships are very suitable, but generators or cars used by ordinary people are not optimal.

Disadvantage
It is suitable for high-speed and stable operation scenarios. The efficiency at idle or acceleration is relatively much lower, and the fuel consumption at idle is extremely high. This can be regarded as the most unsuitable cause of family cars.

The temperature inside the engine is constantly high during operation, and the high temperature resistance and durability of the materials are expensive, resulting in high prices.

There is a lot of noise, and there is a unique sharp noise. Even if the decibel reduction is still unbearable to many people.

The instantaneous response is not good, which has an impact on the use of cars in urban environments.

NOx nitrogen oxide emissions are exponentially correlated with temperature, so high-temperature turbines have extremely high emissions, which can be regarded as the most fatal flaw under the trend of stricter emission standards.

4. The development of aviation power industry drags down the marine gas turbine

Gas turbine impeller repair:
Considering the harsh conditions of the gas turbine and the expensive cost of replacing hot gas path components, repairing and refurbishing these components is the most economical option for gas turbine end users. Under the current electrical energy production market conditions, retrofitting gas turbine hot gas channel components is considered a technically complex but reliable process.
Brazed repair of worn impellers under vacuum is a new and effective and reliable process in refurbishment, which has gradually occupied the market position of major impeller refurbishments.