Application of plate and bar cooler

It usually consists of baffles, fins, seals head, and deflectors. Place fins, deflectors and seals between two adjacent baffles to form an interlayer, called a channel. Stack these interlayers according to different ways of fluid and braze to form a whole to form a plate bundle. The plate bundle is a plate The core of the fin heat exchanger is equipped with the necessary heads, tubes, supports, etc. to form a plate fin heat exchanger

The main components of a typical (plate and bar cooler)plate-fin heat exchanger are fins, baffles, seals, deflectors and heads.

The fin is the basic element of the aluminum plate-fin heat exchanger. The heat transfer process is mainly completed by fin heat conduction and convection heat transfer between the fin and the fluid. The main function of fins is to expand the heat transfer area,

Improve the compactness of the heat exchanger, improve the heat transfer efficiency, and also serve as the support of the separator to improve the strength and pressure capacity of the heat exchanger. The pitch between fins is generally from 1mm to 4.2mm. The types and types of fins are various. Commonly used forms are sawtooth, porous, straight, corrugated, etc., and there are shutters and fins abroad. Strip fins, nail fins, etc.

The dummy plate is a metal flat plate between two layers of fins. It is covered with a layer of solder alloy on the surface of the parent metal. During brazing, the alloy melts to weld the fins, seals and metal plate into one. The partition plate separates the two adjacent layers, and the heat exchange is performed through the partition plate. The commonly used partition plate is generally 1 mm to 2 mm thick.

The seal is around each layer and its role is to separate the medium from the outside world. Seals can be divided into three types: dovetail groove, channel steel and waist drum. In general, the upper and lower sides of the seal should have a slope of 0.3 / 10 in order to form a gap when combined with the separator to form a bundle, which is conducive to the penetration of the solvent and the formation of a full weld.

The deflectors are generally arranged at both ends of the fins. In the aluminum plate-fin heat exchanger, they mainly guide the import and export of the fluid to facilitate the uniform distribution of the fluid in the heat exchanger, reduce the flow dead zone, and improve the heat transfer. effectiveness.

The sealing head is also called a collecting box, and it is usually made by welding the head body, nozzle, end plate, flange and other parts. The function of the seal head is to distribute and gather the medium, connect the plate bundle and the process pipeline.

The plate heat exchanger is a high-efficiency heat exchange device composed of multiple layers of corrugated heat transfer plates at a certain interval, welded or compressed by rubber gaskets. According to its processing technology, it is divided into detachable heat exchangers and fully welded non-removable heat exchangers. Welding heat exchangers are structures between the two, that is, the two fluids are assembled as relatively independent structures. of. When welding or assembling the plates in accordance with the principle of alternate arrangement, the two groups are alternately arranged. In order to increase the area and rigidity of the heat exchange plates, the heat exchange plates are stamped into various corrugated shapes. At present, most of them are v-shaped grooves. When the fluid forms a turbulent flow at a low flow rate, the heat transfer effect is strengthened and the plate is prevented. Scales formed on the tablets. The four corner holes in the plate are designed as fluid distribution pipes and drain headers. The two heat exchange media flow into their respective flow channels to form countercurrent or cocurrent flow through each plate for heat exchange.

2. Rely on the pressure of the heat exchange medium or provide pressure with a pump (turbulent flow) 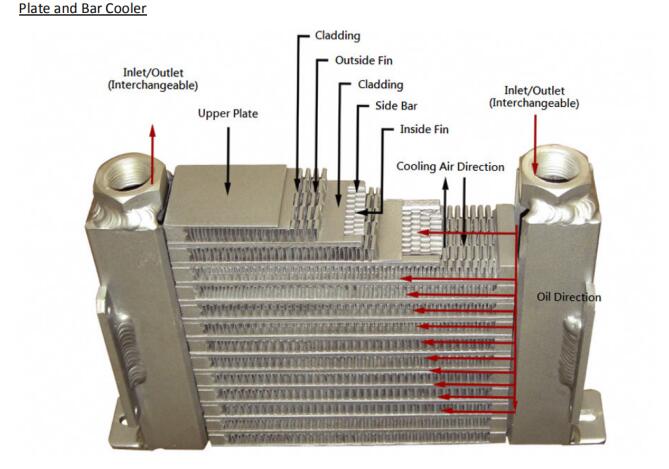 (1) The heat transfer efficiency is high. The disturbance of the fins to the fluid causes the boundary layer to rupture continuously, so it has a large heat transfer coefficient; at the same time, because the separator and the fins are thin and have high thermal conductivity, the plate-fin type The heat exchanger can achieve very high efficiency.

(2) Compact: due to the expanded secondary surface of the plate-fin heat exchanger, its specific surface area can reach 1000㎡ / m3.

(3) Lightweight: the reason is compact and mostly made of aluminum alloy, steel, copper, composite materials, etc. have also been mass-produced.

(4) Strong adaptability, the plate-fin heat exchanger can be applied to: heat exchange between gas-gas, gas-liquid, liquid-liquid, various fluids, and phase-change heat in which the state change occurs. Through the arrangement and combination of the flow channels, it can adapt to different heat exchange conditions such as counter-current, cross-flow, multi-stream and multi-pass flow. Through the combination of series, parallel, series and parallel between units can meet the heat exchange needs of large equipment. In the industry, it can be shaped and mass-produced to reduce costs and expand interchangeability through building block combination.

(5) The manufacturing process is strict and the process is complicated. 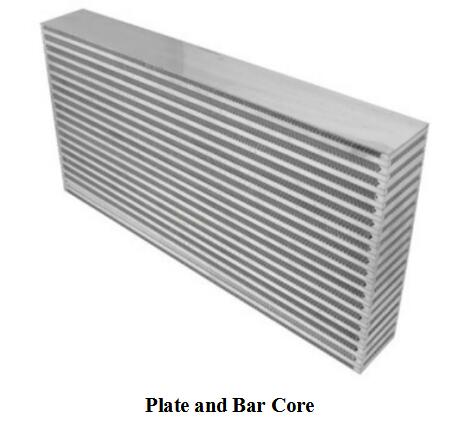 Due to its superior performance and mature technology, plate-fin heat exchangers have been more and more widely used in various industrial sectors.

3. Engineering machinery: After more than 20 years of research and practice, countries around the world have produced and used plate-fin heat exchangers in batches on automobiles, locomotive radiators, excavator oil coolers, refrigerator radiators, and high-power transformer radiators.

4. Superconductivity and space technology: The development of low-temperature superconductivity and space technology has provided a new way for the application of plate-fin heat exchangers. Plate-fin heat exchangers have been used on American Apollo spacecraft and Chinese Shenzhou spacecraft. Have applications.