The conventional annealing process of high speed steel has a long cycle, generally more than 36 hours (from furnace to furnace), low efficiency, high energy consumption, and the uniform distribution of carbides is not ideal. As shown in the figure is the typical process curve of w18 steel forging annealing in box type electric furnace. The hardness should be less than 255hbw after annealing. 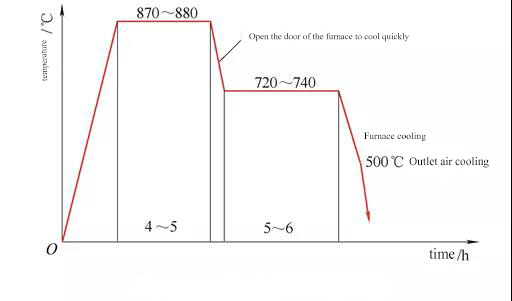 In order to change the disadvantages of traditional annealing process, the tool industry has done a lot of experiments, bold reform and innovation, to transfer positive energy for energy conservation and emission reduction. The following is a brief introduction of several energy-saving annealing processes.

Low temperature rapid quenching annealing is to heat the workpiece to 20 ~ 30 ℃ below AC1 for a certain period of time (1.5 ~ 2H in salt bath furnace and 3 ~ 4H in electric furnace), complete the transformation of spherical pearlite, and then quickly oil cool to obtain low hardness of 32 ~ 36hrc, which is convenient for cutting.

This method is suitable for the rework annealing of small high speed steel cutting tools. It should be noted that the heating temperature should not be too high and should not exceed the AC1 line, otherwise it will cause partial austenite transformation and cause high hardness after annealing. Compared with the traditional process, the new technology saves electricity by 2 times, simultaneous interpreting time by 3 times, and reducing the cost by 1.5 times.

Water quenching is a common hardening method for carbon steel heat treatment, which is well known, but water annealing is rare. Water annealing is a special form of incomplete annealing. It is a fast and convenient softening process when it is eager to work or soften to achieve the purpose of cutting.

The key point is that the annealing temperature is about 100 ℃ lower than the phase transformation point AC1, holding for more than 10 minutes (in salt bath), and then quenching in water for 1 ~ 2 minutes, the hardness can be reduced to below 30hrc (even if the original hardness is ≥ 60HRC). This process is very suitable for small batch production. The heating furnace should be salt bath furnace and cooled by running water.

It has been proved that the decrease of annealing hardness is related to the composition of the steel and the pretreatment process. For example, the more overheated the workpiece is, the more difficult it is to be annealed.

Compared with the traditional annealing process, the rapid cycle annealing process can save 90% ~ 100% electricity and increase the work efficiency by 2 times. It is especially suitable for single piece, urgent piece and small batch production.

After high-speed steel is forged, slow cooling followed by reheating annealing process is adopted in general units. There are two kinds of annealing methods: ordinary annealing and isothermal annealing. Some units adopt the rapid spheroidizing thermomechanical treatment, that is, the organic combination of forging and heat treatment. The new process simplifies the process, shortens the production cycle, saves 70% ~ 90% electricity, reduces the cost, improves the working conditions, improves the forging quality, and is conducive to mechanized operation.

The high speed steel workpiece after rolling and die forging isothermal processing does not need to use the conventional annealing process, but can also use a, B, C three processes as shown in Figure 2. The process cycle is short, only 5 ~ 6h, only 1 / 4 ~ 1 / 5 of the conventional process, and the energy saving effect is remarkable. 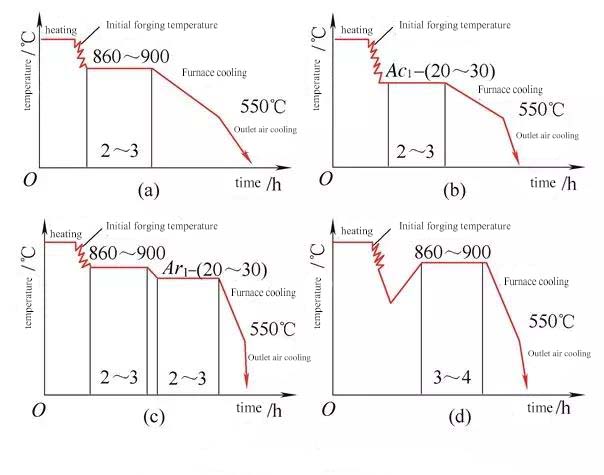 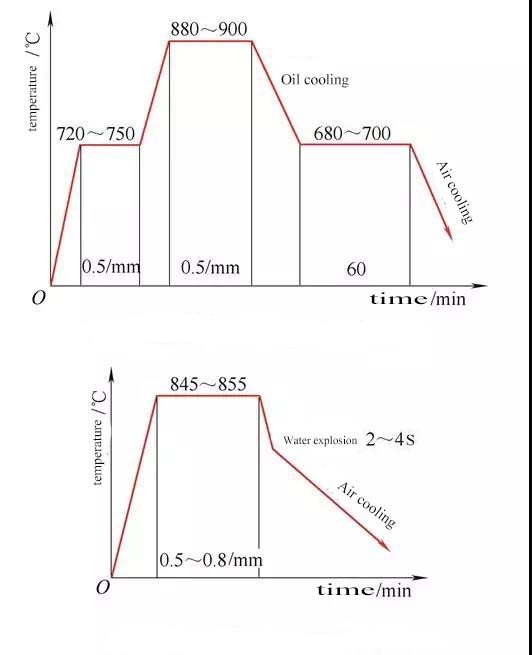 Boiling water quenching is energy-saving and environment-friendly, the water temperature is constant at 100 ℃, the cooling speed is the same everywhere, and the surface hardness is the same after water explosion; because the cooling speed of boiling water is slower than that of oil, there is no need to worry about quenching crack; after water waterfall, it uses its own waste heat to self temper, so there is no need to re temper. Compared with traditional quenching and tempering and low temperature annealing, boiling water quenching is superior. 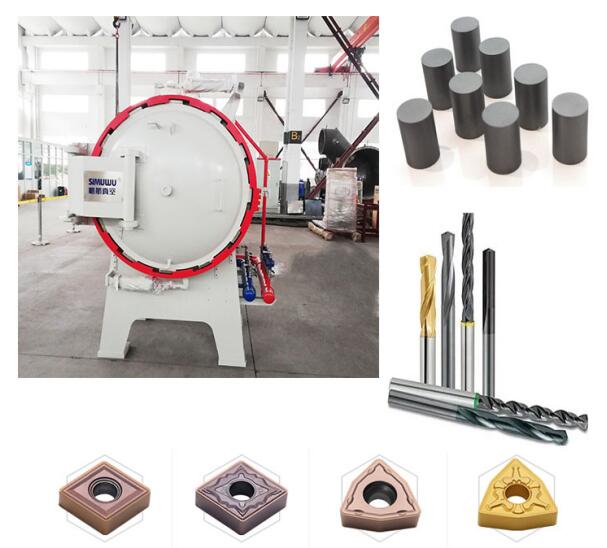