Generally, only a workblank can be produced after sintering, and then mechanical processing (Such as wire cutting, slicing, grinding and so on.) ,at last, it become magnets of various shapes. Sintered NdFeB is a hard and brittle material that is difficult to process. It has high loss during processing, high cost, poor dimensional accuracy, poor corrosion resistance and the surface needs electroplating. But the advantage is higher performance!

First of all, from the application field, the production and application development of Bonded NdFeB permanent magnet materials are relatively late, the application area is not wide, and the amount is small. It is mainly used in office automation equipment, electrical equipment, audio-visual equipment, instrumentation, small Motors and measuring machinery are widely used in the fields of mobile phones, CD-ROM, DVD-ROM drive motors, hard disk spindle motors HDD, other micro DC motors, and automated instrumentation. Sintered NdFeB permanent magnets have been widely used in modern industry and electronic technology. The more common ones include permanent magnet motors, speakers, magnetic separators, computer disk drives, magnetic resonance imaging equipment and so on. 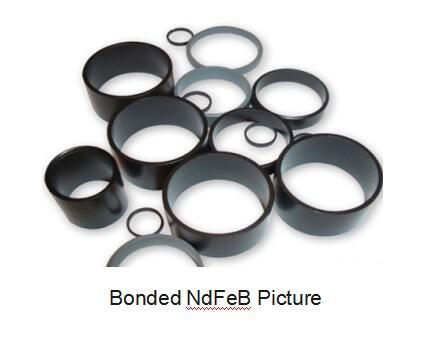 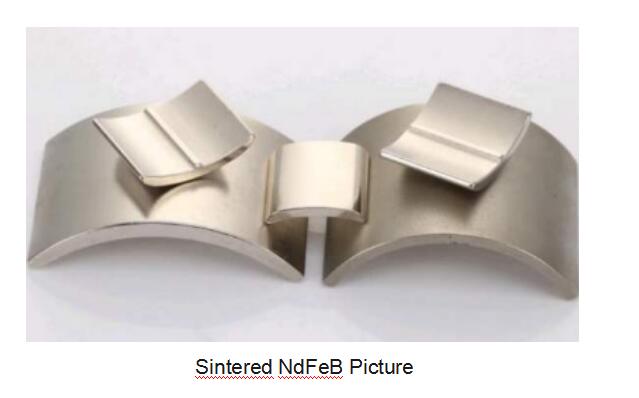 What are the specific differences between them in terms of production and processing technology, density, magnetism, surface treatment, and price between Bonded NdFeB and Sintered NdFeB ?

Compared with the magnetic force the bonded NdFeB material contains less neodymium, so the performance is not as high as that of sintered NdFeB. Generally, the thin-walled magnetic ring is bonded with NdFeB.