1.This paper introduces the effect of carbon concentration on the surface of 20CrMo steel on its heat treatment process performance. The carbon concentration in the carburizing process must be strictly controlled to ensure that the carbon content of the furnace atmosphere is within the set range during the entire carburizing process. The surface carbon concentration of the workpiece after the carbon process treatment meets the requirements; at the same time, the quenching process is properly optimized to finally ensure that the workpiece has a good quenching hardness and good wear resistance.
20CrMo is a low-alloy carbon structural steel, widely used in the production of various types of workpieces, such as gears, shafts, high-strength fasteners, etc. In the production application of a company, this material is used for the hydraulic cylinder of the hydraulic breaker on the construction machinery, which requires high hardness and high wear resistance after carburizing heat treatment, as well as good plasticity and toughness. comprehensive mechanical properties. In the initial production process of the hydraulic cylinder, after passing through the normal process, it was found that the surface hardness of the workpiece was generally low. Even under the control of different process conditions, the problem of low surface hardness of the workpiece was still not solved. targeted research.
2. Heat treatment process, technical requirements and problems of hydraulic cylinders
This type of hydraulic cylinder is relatively large in size, the unit weight of the product is about 365kg, and the effective thickness is 150-200mm. The actual workpiece is shown in Figure 1. 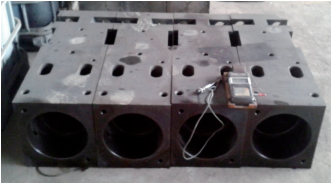 Through the observation of the metallographic structure of the infiltrated layer of the test block in Figure 2, the surface layer is basically acicular martensite + residual austenite, and no obvious carbide composition exists. After the carbon treatment, there is an obvious “rising” phenomenon, which indicates that there is a relatively obvious oxidizing atmosphere in the infiltrated layer, resulting in a low surface hardness and an increase in the step hardness.

In order to better observe the structure of the infiltrated layer of the workpiece test block, the test block was annealed, and the annealing process was carried out through the SIMUWU model RVA-0812 well-type annealing furnace. Take out the air cooler. Metallographic samples were prepared, and the equilibrium metallographic structure of the 20CrMo steel carburized parts was observed, as shown in Figure 3. 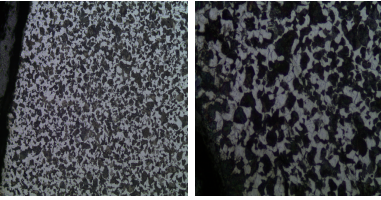 Through the observation of the equilibrium metallographic structure in Figure 3, the microstructure and morphology of the normal low carbon steel infiltration layer after slow cooling are quite different, and the hypereutectoid layer and eutectoid layer in the infiltration layer structure cannot be clearly and effectively distinguished. and transition layer. The microstructure of low carbon steel after carburizing and slow cooling should be: pearlite + reticular cementite on the surface, eutectoid structure inward, transition zone of hypoeutectoid structure, until the original structure.

4.Improvement of process methods and conditions

The diffusion of carbon atoms from the surface to the core is necessary for carburization to proceed and to obtain a certain depth of infiltration layer. The driving force for diffusion is the carbon concentration gradient between the surface and the core. In order to achieve a better carburizing effect, it is required that the activated carbon atoms be absorbed in time to ensure the uniform circulation of the atmosphere in the furnace, and at the same time, the carbon atoms (decomposition speed) provided should be matched with the absorption speed, so that no carbon deposits can be formed. Not enough supply.

Through the analysis of the original process links and test blocks, it is believed that the hardness of the actual workpiece is low. Infiltration layer structure, it will not be able to achieve sufficient hardness.

1) The solid phase transformation structure of the low-alloy carbon structural steel after carburizing and quenching can be used to determine the carbon content in the final carburized layer, so as to determine whether the furnace atmosphere meets the set requirements.

2) By increasing the carbon potential, although the purpose of enhancing the carburizing effect can be achieved to a certain extent, because the saturated solubility of carbon in austenite is limited, it is necessary to flexibly set the carbon potential according to the actual situation to avoid possible Carbon deposition occurs.

3) The precision of the carburizing treatment equipment will directly affect the final heat treatment effect. 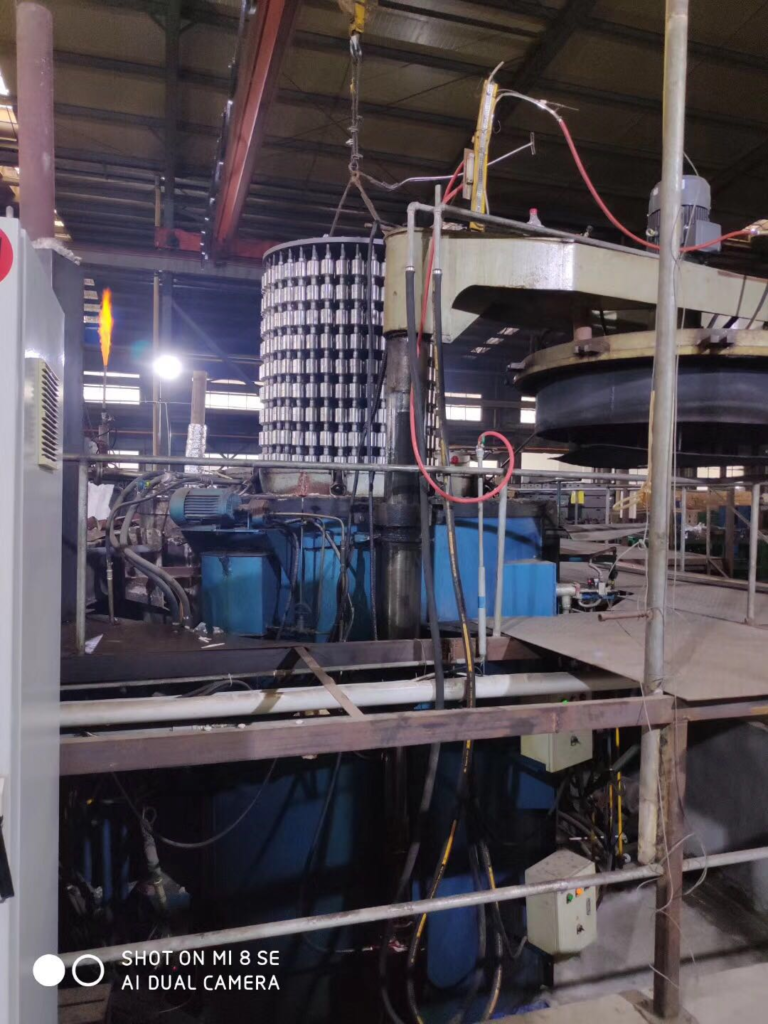 What needs to be done for heat treatment with vacuum oil quenching furnace?