2Cr13 is a stainless steel with magnetic properties, good hardness, welding should be preheated. The austenitic stainless steel electrode used for welding with Q235 does not need to be preheated, and the welding uses a smaller current. 2Cr13 welding consumables can be selected:

When welding, the dilution rate of the weld is controlled, and the welding is not wobbled, and a smaller current is used.

3. 2Cr13 Welding Consumables Can be Selected:

The 13% Cr stainless steel in the quenched state, because the matrix structure is martensite, chromium and carbon are held in martensite, so the steel in the molten state not only has high hardness, but also has high corrosion resistance, but the molten steel For 13% C type stainless steel parts with large size and complicated shape, the interval between quenching and fire should not exceed 8h, and in special circumstances, it must be tempered in time. When the tempering is performed immediately, the parts that have been quenched should be placed in a low-temperature furnace at an intermediate temperature until all the melting is completed, and then the temperature is raised to the specified tempering temperature for tempering.

(1) When high hardness is required, use 200~250°C low temperature tempering to obtain tempered martensite structure. At this time, a large amount of chromium is still kept in solid solution, so while ensuring high hardness, it is resistant to Corrosion performance is also relatively high, 3013 and 40Cr13 steels mostly use low temperature tempering.

(2) The second type of tempering is carried out at 650~750°C. At this time, the quenched martensite is completely decomposed into tempered ainite to obtain a better strength and toughness combination, and due to the high tempering temperature of alloying elements Diffusion is easier to proceed, so that the solid solution can be resolved into the chromium-depleted area near the chromium carbide to regain the balance of chromium concentration, which ensures the corrosion resistance of the steel. This kind of tempering is mostly used for 06Cr13~20C13 steel used in structural parts. Tempering at 400~600C, due to the precipitation of highly dispersed carbides, not only the corrosion resistance is reduced, but the impact toughness is also relatively low, so this temperature zone is generally not used for tempering 13%Cr stainless steel because it contains a lot of The tempering resistance of chromium is relatively high. In order to obtain a more stable tempering state, the tempering time should be longer than that of ordinary steel. Generally, low-temperature tempering should be longer than high-temperature tempering, generally for 2~4h. It depends on the specific situation. Since the alloying degree of 13% chromium stainless steel is relatively high, the matrix structure will not be completely recrystallized even if high temperature tempering is performed after quenching, soThe resulting tempered structure still retains the orientation of martensite, which is commonly found in 12Cr13 and 20013 steels. We usually call it tempered Soxhlet that retains the orientation of martensite. The second heating and quenching at 840°C was used, but the temperature was not high enough to eliminate it. 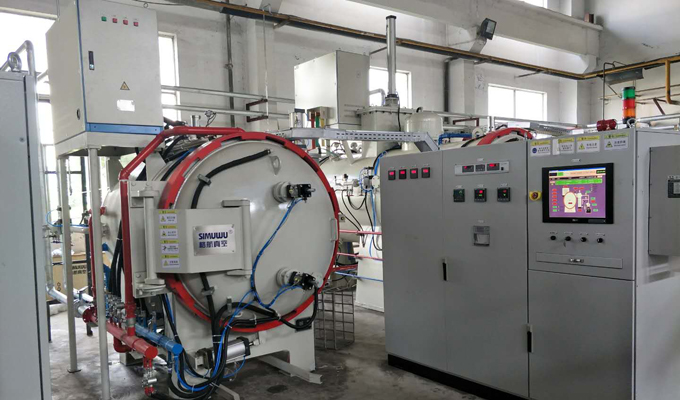