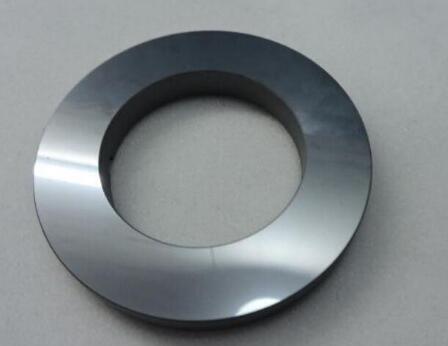 Use a certain load P to press a quenched steel ball with a diameter of D into the surface of the metal material to be tested, and remove the load after maintaining it for a period of time. The ratio of the load P to the surface area F of the indentation is the Brinell hardness value, denoted as HB. The upper limit of Brinell hardness is HB450, which is suitable for measuring the hardness of annealed, normalized, quenched and tempered steel, cast iron and non-ferrous metals.

Rockwell hardness is the most commonly used method of hardness measurement in industrial production, because the operation is simple and fast, the hardness value can be read directly without damaging the surface of the workpiece, and the range of hardness that can be measured is wide. However, Rockwell hardness also has some disadvantages, such as small indentation, segregation of materials and uneven structure, large separation of measurement results, and poor reproducibility. Rockwell hardness (HR) is also used to test hardness by indentation. It is used to measure the depth of the depression to express the hardness value. The indenter used in Rockwell hardness test is divided into two types: hard and soft. The hard indenter is a diamond cone with an apex angle of 120o, which is used for hard materials such as hardened steel.

HRA is the hardness obtained with a 60Kg load and a diamond cone indenter, and is used for materials with higher hardness. For example: steel sheet, cemented carbide.

HRB is the hardness obtained by using a 100Kg load and a hardened steel ball with a diameter of 1.5875mm. It is used for materials with lower hardness. For example: mild steel, non-ferrous metals, annealed steel, etc.

HRC is the hardness obtained with a load of 150Kg and a diamond cone indenter, and is used for materials with higher hardness. For example: hardened steel, cast iron, etc.

The advantages and disadvantages of Vickers hardness: Vickers hardness has a continuous and consistent scale; the test load can be arbitrarily selected, and the obtained hardness values are the same. The loading pressure during the test is small, the indentation depth is shallow, and the damage to the workpiece is small. It is especially suitable for measuring the hardness of the surface hardened layer and the surface chemical treatment of the parts, and the accuracy is more accurate than the Brinell and Rockwell hardness. However, the test operation of Vickers hardness is more troublesome, and it is generally rarely used in production, and is mostly used in laboratories and scientific research.