Silicon carbide SiC is a compound mainly formed by the covalent bond between silicon (Si) and carbon (C). Its basic unit is si-C tetrahedron, in which Si atom is located in the center and C atom is around. All structures of SiC consist of Si-C tetrahedrons piled up in different ways. Now have found the silicon carbide homogeneity of different crystal structure has more than 200, including the structure of the six-party 4 h SiC (4 h – SiC) with high critical breakdown electric field, the advantages of high electron mobility is manufacturing high pressure, high temperature, anti irradiation power semiconductor device of semiconductor materials, is also the best comprehensive performance, the highest degree of commercialization, technology the most mature of the third generation of semiconductor materials, it has:
(1) The critical breakdown electric field intensity is nearly 10 times that of silicon materials;
(2) High thermal conductivity, more than 3 times of silicon material;
(3) The saturated electron drift velocity is high, twice that of silicon material;
(4) Good radiation resistance and chemical stability;
(5) Like silicon materials, silicon dioxide insulation layer can be directly grown on the surface by thermal oxidation process. Pure SiC is colorless, industrial silicon carbide appears brown to black due to iron content, etc., and the rainbow luster on the crystal is caused by the passivation layer of silicon dioxide produced on the surface.

In recent years, with the rapid development of semiconductor technology, the performance of traditional Si-based devices has approached the theoretical limit in terms of low energy consumption, high energy efficiency and miniaturization. Compared with SI-based semiconductor materials, SiC has attracted much attention for its low energy consumption, high efficiency and miniaturization. Sic MOSFET has become one of the most rapidly developing power semiconductor devices due to its advantages of low on-off resistance, good thermal stability, fast switching speed and high blocking voltage.

Development status of silicon carbide industry
Since the 1990 s, Japan Europe and other countries have invested a lot of money and manpower to silicon carbide materials and devices were studied, the device performance improvement and shrinkage has made a major breakthrough, in this regard, domestic also spend a lot of money and technology, to now also has achieved good results. For example, the international substrate has been done to 8 inches, domestic also can be done to 6 inches, 8 inches is also in the research and development, we are gradually narrowing the gap between the international leading level.

1. PVT, Physical vapor transport
High-purity sic powder at the bottom of the graphite crucible as a source of growth, the seed crystal is fixed at the top of the graphite crucible, in more than 2000 ℃ high temperature heat the polycrystalline silicon carbide powder into Si atoms, gas phase material such as Si2C and SiC2 molecules, under the drive of temperature gradient, the gas phase material will be transported by low temperature specific is formed on the silicon carbide seed crystal silicon carbide crystals. SiC crystal can be formed by controlling the temperature field, airflow and other process parameters of PVT. Silicon carbide monocrystalline materials mainly consist of two kinds of conductive substrates and semi-insulating substrates. High quality and large size silicon carbide monocrystalline materials are the primary problem to be solved in the development of silicon carbide technology. Continuous increase of wafer size and reduction of defect density (microtubules, dislocation, stratification, etc.) are its key development direction. 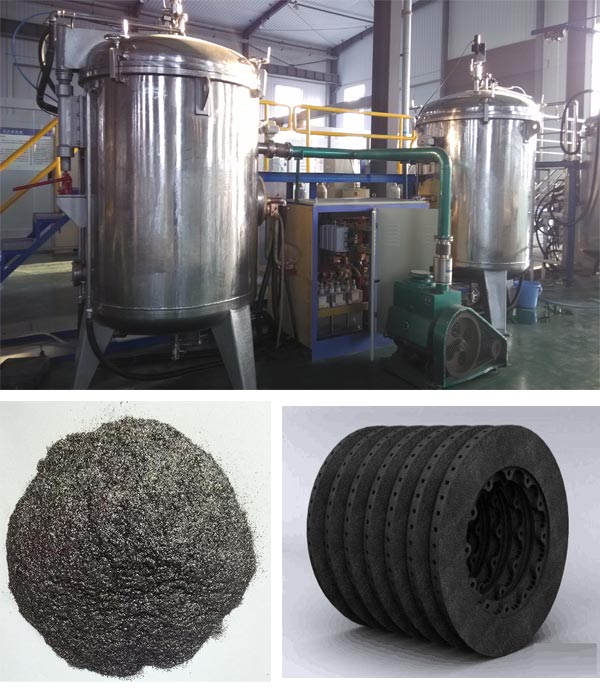