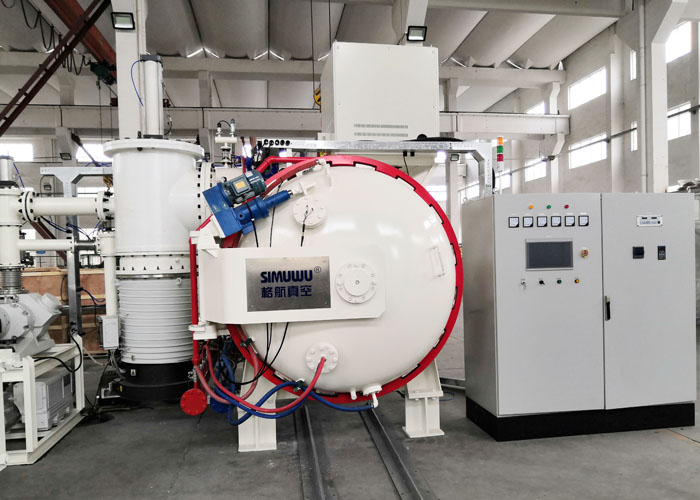 1. Segregation of carbon in martensite

When tempering at a very low temperature below 80°C, it is difficult for iron atoms and alloying elements to diffuse and migrate, and carbon atoms can only migrate for a short distance. There are a large number of dislocations in the lath martensite, and carbon atoms tend to segregate in the interstitial positions near the dislocation line, which reduces the elastic distortion energy of the martensite. The substructure of flaky martensite is mainly twins. Except for a small amount of carbon atoms segregating toward the dislocation line, a large number of carbon atoms will be enriched in the (100) plane perpendicular to the c-axis of martensite, forming small carbon-rich regions . The segregation of carbon atoms cannot be directly observed by the metallographic method, but it can be confirmed indirectly by the resistance method or the internal friction method, because when carbon is enriched on a certain crystal plane of martensite, the crystal lattice will be significantly distorted, which will increase the resistivity.

When high-carbon steel is tempered below 350℃, the dual-phase structure composed of low-carbon α phase and dispersed ε carbide formed after martensite decomposition is called tempered martensite. This kind of structure is easier to corrode than quenched martensite, so it shows a black needle-like structure under an optical microscope. The mass fraction of α-phase carbon in tempered martensite is wc=0. 2%~0.3%, and the ε carbide has a hexagonal close-packed lattice.

The lath martensite with carbon mass fraction wc<0.2% has self-tempered during quenching and cooling, and carbides are precipitated. When tempering between 100 and 200 ℃, most of the carbon atoms are segregated in place There is no ε-carbide precipitation near the wrong line.

4. The transformation of carbides

When the tempering temperature rises to 400°C, the quenched martensite is completely decomposed, but the α phase still maintains the needle-like shape, the previously formed ε-carbides and Χ-carbides have disappeared at this time, and all become fine-grained θ -Carbides, namely cementite. This mechanical mixture composed of acicular α phase and fine-grained cementite is called tempered troostite. The metallographic microstructure of the tempered troostite obtained when the quenched high carbon steel is tempered at 400 ℃, the cementite particles are difficult to distinguish. The α-phase and fine-grained cementite in tempered troostite can be clearly seen under the electron microscope.

When the tempering temperature is higher than 200℃, martensite with carbon mass fraction wc<0.2% will directly precipitate θ-carbides in the segregation zone of carbon atoms through decomposition. Martensite whose carbon mass fraction wc is between 0.2% and 0.4% can be directly transformed from ε-carbides into θ-carbides, without forming X-carbides.

5. The aggregation and growth of cementite and alpha phase recrystallization

When the tempering temperature rises above 400°C, cementite begins to accumulate and grow up. When the tempering temperature is higher than 600°C, fine-grained carbides will quickly aggregate and coarsen. While the carbide aggregates and grows, the state of the α phase is constantly changing. Martensite grains are not equiaxed, but are formed by shearing. Therefore, similar to cold plastic deformed metals, the α phase will also recover and recrystallize during tempering. The mechanical mixture of recovered or recrystallized ferrite and coarse-grained cementite obtained from quenched steel at 500~650°C is called tempered sorbite. The granular cementite can be distinguished under the optical microscope, and the cementite particles can be seen obviously coarsening under the electron microscope.