The liquid filler metal interacts with the base metal through wetting, capillary flow, filling and spreading in the gap or surface of the base metal, and forms a firm joint by cooling and solidification, thus connecting the base metal together. Owing to the high affinity of aluminium to oxygen, there is still a very thin oxide film on the surface after cleaning. However, the linear expansion coefficient of aluminium is 2-3 times larger than that of alumina, and the alumina film is incomplete at this time.

At high temperature, the oxide film is pulled and fission fine, and the incompleteness is aggravated. At the same time, hydrogen dissolved in aluminium escapes from grain boundary, resulting in relaxation of bonding between oxide film and matrix metal. After melting, the alumina film is destroyed by diffusion and permeation, and the oxide film is removed from the joint area by surface tension of the melted solder. This is the mechanism of vacuum brazing, i. e. the mechanism of physical-mechanical destruction of oxide film.

The Laboratory of Alcoa Company in the United States has tested a large number of metals which can be used as activators. It has been determined that Pr, Sc, Sm, Ca, Be, La, Nd, Mg, Sr, Ce, Li and other metals can be used as activators for brazing of aluminium alloys. It has been proved that the reduction reaction between metal activators and alumina is the main mechanism to promote brazing.

Among the metal activators which can accelerate aluminum brazing, Mg has a high vapor pressure and evaporates easily in vacuum, which is helpful to remove Al2O3 and has a low price. Therefore, Mg has become a widely used activator in vacuum brazing of aluminium alloys. As activator, Mg can be directly placed near the joint with small pure Mg particles, or introduced into the brazing zone in the form of Mg vapor, or added into Al-Si brazing filler metal as alloying element. 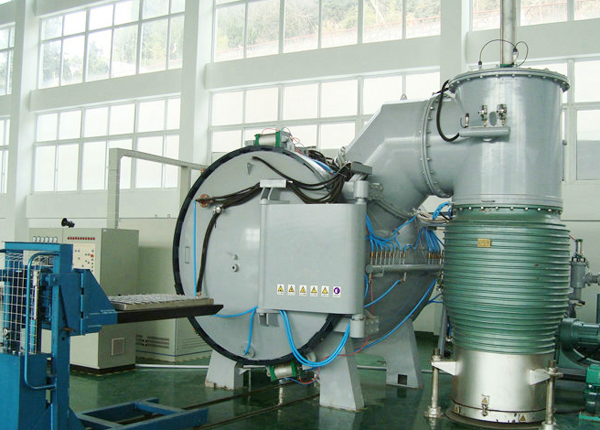