1.The Mechanism and Process Characteristics of Vacuum Brazing

The vacuum brazing of aluminum alloy is a complicated process, which includes both physical changes and chemical changes. Because the linear expansion coefficient of aluminum oxide film is only about one-third of that of aluminum. According to calculations, when the temperature is higher than 400℃, the thermal stress is enough to cause the alumina film to crack locally, exposing the pure aluminum surface. The magnesium in the brazing filler metal begins to volatilize in large quantities above 550°C.

A magnesium-containing atmosphere is formed in the heating chamber space to protect the exposed aluminum surface from oxidation. On the other hand, the surface of the aluminum alloy is penetrated through the gaps in the aluminum oxide film to form an alloy, which is partially melted, and further digs into the oxide film. The liquid solder produces wetting and flow on the fresh surface without oxide film, and fills the weld to form a weld corner under the action of capillary force.

From the above analysis, it can be seen that the brazing of aluminum alloy must be carried out in a high vacuum state, generally in the order of 10-3 Pa. If the vacuum degree is low, the magnesium will immediately combine with the oxygen and water in the environment after evaporation, and a protective magnesium atmosphere cannot be formed, so that the exposed fresh aluminum surface is immediately oxidized, and the oxide film cannot be removed, causing the liquid solder to be unable to wet and flow.

For heat exchanger products, the surface area of the workpiece is large, and the amount of adsorbed gas is also a lot. A large amount of gas will be released during the heating process, which will reduce the vacuum degree. In order to maintain a positive vacuum, a vacuum unit with a higher pumping speed must be selected.

The melting point of Al-Si-Mg brazing filler metal is close to that of aluminum, so its brazing temperature range is very narrow, generally between 595 and 615°C. For heat exchanger structures-the general size is large and the spatial distribution is very unbalanced, and most of them are thin-walled materials, so the temperature uniformity of the hot zone is very strict, generally not exceeding 5C, Therefore, the temperature needs to be controlled in zones. 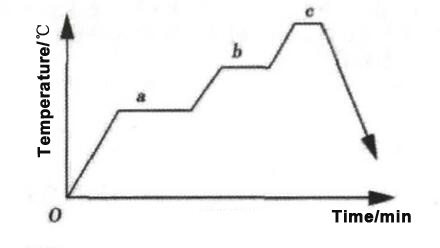 According to the collection of vacuum brazing related data, the product structure and the analysis of historical test data, the welding parameter table 1 is formulated, and the product is placed in the vacuum brazing furnace. Adjust the final heating parameters and holding time, adjust the holding temperature from 602°C to 596°C, and extend the holding time from 28min to 30min. After welding, it was found that there was no external leakage, and there were individual pores in the dissection and metallographic analysis.

In order to ensure the welding quality of the product, the above work needs to be done:

1). Confirm the correctness and rationality of the selection of parts and materials;

2). Ensure the dimensional tolerance requirements of the parts, thereby reducing the assembly gap;