The brazing ability of diamond is poor. The main difficulties lie in:
1. Most commonly used solders are difficult to wet or cannot wet.
2. The linear expansion coefficient of diamond is lower than that of most metal materials. It is easy to change its properties under brazing thermal stress and surrounding medium.
3. Brazing temperature is limited by graphitization transition temperature.

As for the wettability of diamond, many scholars have studied graphite in detail. The results show that the brazing property of diamond under non-vacuum condition is very poor.

Because the direct brazing of single crystal diamond is extremely difficult, it is prefabricated from diamond and other metal powders into powder metallurgical composites in industrial production. The brazing of these composites is relatively easy.

The most widely used way is to press sintered diamond “tool head” by powder metallurgy. Brazing of this kind of composite is relatively easy.

The solderability of the tool head and the matrix mainly depends on the composition elements of the bottom layer of the tool head. At present, the formula of tool head mainly includes cobalt base, tungsten base, copper base, iron base, tungsten carbide base and pre-alloyed base, but the bottom layer of tool head mainly consists of Fe, Cu, 663 bronze, Zn, Sn, Cd, WC, W2C, Al, Pb, C, P and special copper alloy. When the bottom layer is not designed separately, Ni, Mn, Cr, Ti, Zr, V, Mo, Co, B, Ag, Be, Si, W, Bi, B4C, CBN, Al2O3, SiC, Cr2O3, TiH, TiC, TiN, Si3N4, hBN, MoS2 and other components may exist.

Among the above components, Pb and Bi are easy to cause hot cracks in brazing seam; Sn, P and Cd are easy to produce brittle fatigue source; strong carbide formation originally affects brazing rate; and Pb and C affect wettability. It should be pointed out that lead and free C have fatal effects on the brazing seam: during the brazing process, they form brazing bond slag, which seriously destroys wettability and solder flow, leading to the failure of the tool head to weld; on the other hand, when the lead content reaches 3%-5%(mass fraction), the brittle phase formed by lead and the hot crack source caused by grain boundary effect greatly reduce the strength of the brazing seam, and even destroy the tool head. 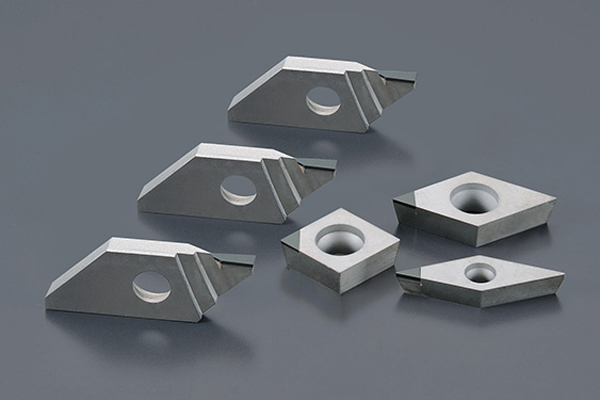