Soft brazing is mostly used in the welding of conductive, air-tight and water-tight devices in the electronic and food industries. Tin soldering with tin-lead alloy as solder is commonly used. In order to remove the oxide film and improve the wettability of solders, solders are usually used. There are many kinds of soldering fluxes. Rosin alcohol solution soldering is widely used in electronic industry. The residue of this flux has no corrosive effect on the workpiece, which is called non-corrosive flux. The brazing fluxes used for welding copper, iron and other materials are composed of zinc chloride, ammonium chloride and vaseline. Fluoride and fluoroborate are used as brazing fluids, and hydrochloric acid and zinc chloride are used as brazing fluids. These flux residues have corrosive effect, called corrosive flux, after welding cleaning.

Brazed joints have high strength and some can work at high temperatures. There are many kinds of solders for hard brazing, and solders based on aluminum, silver, copper, manganese and nickel are widely used. Aluminum-based solders are often used for brazing of aluminium products. Silver-based and copper-based solders are commonly used for brazing of copper and iron parts. Manganese-based and nickel-based solders are mostly used to weld stainless steel, heat-resistant steel and high-temperature alloy parts working at high temperature. Pd-based, zirconium-based and titanium-based solders are commonly used to weld refractory metals such as beryllium, titanium and zirconium, graphite and ceramics. The characteristics of base metal and the requirement of joint performance should be considered when selecting filler metal. Hard brazing flux is usually composed of chloride and fluoride of alkali metal and heavy metal, or borax, boric acid, fluoroborate, etc. It can be made into powder, paste and liquid. Lithium, boron and phosphorus are added to some solders to enhance their ability to remove oxide film and wetting. After welding, the flux residue is cleaned with warm water, citric acid or oxalic acid.

Vacuum brazing furnaces are commonly used in many processes, which are mainly distinguished according to the equipment and working principle used. For example, according to the heat source, there are infrared, electron beam, laser, plasma, glow discharge brazing, etc. According to the working process, there are contact reaction brazing and diffusion brazing. Contact reactive brazing (CRB) uses the reaction between solder and base metal to produce liquid filling joint gap. Diffusion brazing is to increase the diffusion time of heat preservation and make the weld and base metal fully homogeneous, so as to obtain joints with the same properties as base metal.

Wave soldering is used for assembly and welding of printed circuit boards and electronic components in large quantities. When soldering, the melt soldering tin at 250 C forms a wave crest through a narrow gap under the pressure of the pump, and the workpiece is welded through the wave crest. This method has high productivity and can realize automatic production on the pipeline.

Flame brazing uses flammable gas mixed with oxygen or compressed air as heat source for welding. Flame brazing equipment is simple and easy to operate. According to the shape of the workpiece, it can be heated by multiple flames at the same time. This method is suitable for welding small and medium parts such as bicycle frame and aluminium kettle nozzle.

Immersion brazing involves partial or integral immersion of the workpiece in a brazing bath covered with brazing flux or in a salt bath with only molten salt. This method is uniform, rapid and accurate in temperature control. It is suitable for mass production and welding of large components. Salt in salt bath is mostly composed of flux. After welding, a large amount of solder often remains on the workpiece, and the cleaning workload is heavy.

Induction brazing uses high frequency, medium frequency or power frequency induction current as heat source. High frequency heating is suitable for welding thin-walled pipe fittings. The use of coaxial cable and split induction coil can be brazed far away from the power source, especially for some large components, such as pipeline joints on rockets that need to be disassembled.

In furnace brazing, the workpiece assembled with brazing filler metal is heated and welded in furnace. It often needs brazing flux, and can be protected by reducing gas or inert gas, so the heating is more uniform. Continuous furnaces can be used in mass production.

Vacuum brazing workpiece is heated in vacuum chamber. It is mainly used for welding high quality products and oxidizable materials. 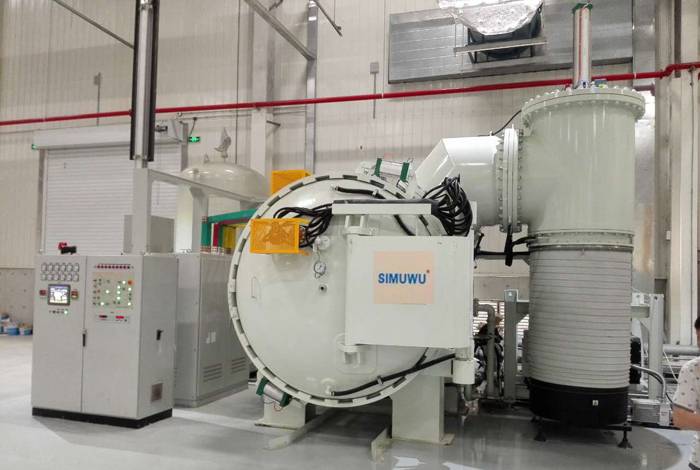