Due to the good performance of sic material, it can be used in operating conditions of high pressure, high speed, high temperature, corrosive medium and medium containing solid particles.

1. High fluid pressure
Working under high pressure, the mechanical seal must be applied to the end face of a large load, the end compressive stress is high, which requires the sealing material must have a high strength and stiffness.Silicon carbide material is a kind of material with high strength and stiffness, and its elastic modulus is very high.At the same time, the compressive strength of silicon carbide is very high. For example, the flexural strength of sintered silicon carbide EkasicD is 410MPa, while the compressive strength is 2200MPa, which is more than 5 times of the flexural strength. It can fully withstand high end stress and meet the requirements of use.

In addition, the high end stress will make the end friction heat increase, so that the friction pair temperature increases, so that the liquid film between the end surface is destroyed to form dry friction, easy to produce adhesive wear.The experimental results show that the wear of carbon graphite in the pairing of silicon carbide with carbon graphite is very low under various PV values, and the value changes little with the increase of PV value.This shows that sic has a strong resistance to adhesive wear, as a high pressure sealing material is very beneficial.

Spherical micropores can be machined on the end face of silicon carbide seal ring by laser processing, as shown in figure 1.The experimental results show that the silicon carbide seal ring with microporous end face can significantly improve the PV value of the mechanical seal, and can greatly reduce the temperature rise amplitude, friction moment and friction coefficient of the seal end face. 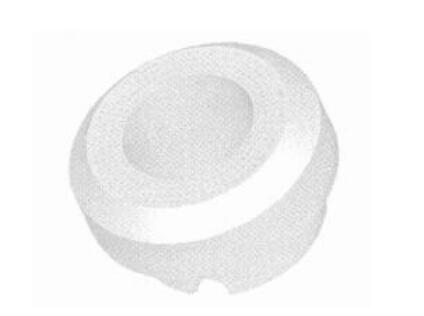 2. High rotation speed
For mechanical seals working at high speed, the wear and vibration of the friction pair will be the main problem due to the high linear speed.Therefore, the requirements of the sealing material density is small, high strength, so that the rotation ring in the high-speed operation of the centrifugal force is small, caused by the vibration and deflection is also small, so as to maintain the stability of the seal end face fit.In addition, the material also has good heat resistance and thermal conductivity, to reduce the temperature of mechanical seal friction, reduce friction and wear, avoid heat cracks and thermal deformation, so that the mechanical seal can maintain normal work.According to the performance of silicon carbide material, the silicon carbide seal ring can completely meet the requirements of high-speed mechanical seal.

Part 3.Carborundum is used for mechanical seal of corrosive medium
For mechanical seals with corrosive media, corrosion wear is the main form of failure of friction pair materials.This corrosive action is very strong, can directly or quickly cause a change in sealing performance.Silicon carbide has good chemical stability, so it can be used in all kinds of corrosive acid and alkaline media.Unpressed sintered silicon carbide and hot pressed silicon carbide are single phase structures with strong corrosion resistance.Hot-pressed sintered silicon carbide has good chemical stability even at 900℃ because of the formation of a protective silicon dioxide film on the surface in the oxidizing atmosphere.

Part 4. Silicon carbide is used for mechanical seal with solid particle medium
Many sealing fluids in industrial production contain solid particles which are easy to deposit on the end face of friction pair.These particles not only cause severe particle wear on the sealing face, but also cause local heat on the sealing face and cause hot crack.Silicon carbide not only high hardness, wear resistance and thermal cracking resistance, and its emergency operation characteristics are also very superior, so the use of silicon carbide self-matching hard sealing pair in the medium containing particles has great application potential.The experimental results show that when silicon carbide is paired with silicon carbide and cylindrical microholes are machined on one of the sealing surfaces by ion reaction etching technology, the friction coefficient between sealing surfaces can be reduced and the bearing capacity of sealing surfaces can be improved obviously. 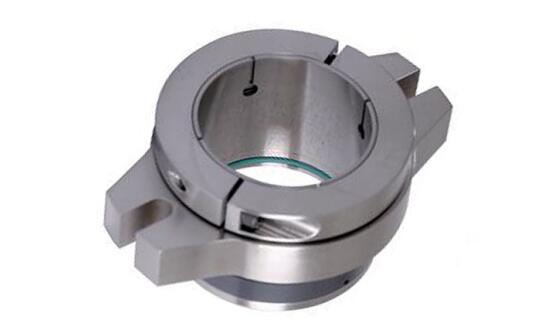