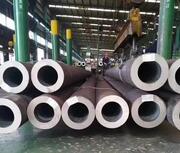 After quenching and tempering, 30CrMnSiA has high strength, sufficient toughness and good hardenability. After quenching and tempering, the material can be used as grinding wheel shaft, gear and sprocket. 30CrMnSiA also has good workability, it has small deformation after processing, and has good fatigue resistance. Therefore, it is mostly used in the manufacture and production of spare parts such as shafts and pistons. It can also be used in the manufacture and use of various special wear-resistant parts for automobiles and airplanes.

Effect of  Vacuum Annealing on Microstructure and Properties of 30CrMnSiA

The purpose of vacuum annealing is to homogenize the chemical composition and structure of steel, refine grains, adjust hardness, eliminate internal stress and accelerate hardening, improve the forming and machinability of steel, and prepare for vacuum quenching. 30CrMnSiA has higher hardness and stable performance, so the annealing heating temperature is higher and the heating time is longer.

The atmosphere control in the furnace is very important during high temperature annealing, to prevent carburizing, nitriding and overoxidation, so when annealing at 1100°C, 1120°C, 1140°C, and 1160°C, use a vacuum sintering furnace to treat the sample, and heat it to the desired temperature. After keeping the temperature for 1 hour, cool to room temperature with the furnace, and then take it out. After annealing, the grains of 30CrMnSiA were annealed at 1100 °C, 1120 °C, 1140 °C, and 1160 °C. After grinding, polishing and corrosion, in order to analyze the grain size change of 30CrMnSiA, a metallographic microscope was used. Analysis, the metallographic structure can be seen, when the vacuum annealing temperature is low, the grains are relatively small, and the grain boundaries are relatively clear.

In order to have a clearer understanding of the changes in the grain structure of 30CrMnSiA after high temperature annealing, XRD analysis of the annealed 30CrMnSiA was carried out. Tensite and a small amount of martensite; Cr-Fe-O phase precipitates in 30CrMnSiA grains. With the increase of the annealing temperature, the hardness changes in a parabolic law with an upward opening, gradually decreasing from 1100°C to 1120°C, reaching a minimum value at 1120°C, and then the hardness gradually increases as the temperature increases; the density and hardness change oppositely, As the annealing temperature increases, the density changes in a parabolic law with an opening downward. When annealed from 1100°C to 1120°C, the Cr-Fe-O phase gradually dissolves in the austenite, so the hardness gradually decreases, while the density Gradually increase; when annealed at 1120°C-1160°C, a large amount of Cr-Fe-0 phase is precipitated in austenite, which causes the hardness of 30CrMnSiA to increase and the density to decrease.

It can be seen from the metallographic structure that when the annealing temperature is low, the grains are relatively small and the boundaries are relatively clear. As the grain grows, the strength, hardness, plasticity and toughness of the material will decrease.

Effect of Vacuum Quenching on Microstructure and Properties of 30CrMnSiA

The main purpose of vacuum quenching is to obtain as much martensite as possible for the austenitized workpiece, and then to obtain various required properties with different tempering temperatures. 30CrMnSiA is mainly composed of a large amount of austenite phase and a small amount of martensite phase at room temperature. More martensite structure can be obtained by vacuum quenching, so as to achieve the effect of improving hardness. Metallographic analysis of 30CrMnSiA after vacuum quenching, in order to analyze the structural changes of 30CrMnSiA after quenching, after quenching, the stainless steel was ground, polished and corroded, and the 860°C oil quenched sample was subjected to XRD analysis. The XRD analysis of 30CrMnSiA can be seen that the solid In the dissolved state, Cr-Fe-O phase precipitates in the austenite structure. The hardness of the sample increases with the increase of the quenching temperature, and the density changes in the opposite direction; the highest hardness after cold water quenching reaches HRC50, while the lowest hardness after air cooling is only HRC25.7.

With the increase of quenching temperature, the hardness of 30CrMnSiA showed a gradual upward trend, and reached the maximum value at 880 °C. The density change is the opposite. This is because the martensite content increases during the quenching process at 820°C -880°C, which increases the hardness and decreases the density; the difference in the medium has a significant impact on the hardness after vacuum quenching, and the hardness is the largest after cold water quenching. , the minimum after air cooling.

With the increase of vacuum quenching temperature, the hardness of 30CrMnSiA showed a gradual upward trend, while the density change was opposite.

(1) During the high temperature annealing process of 30CrMnSiA at 1100°C-1160°C, with the increase of annealing temperature, the grain size in the steel structure increases, but its hardness first decreases and then increases sharply. 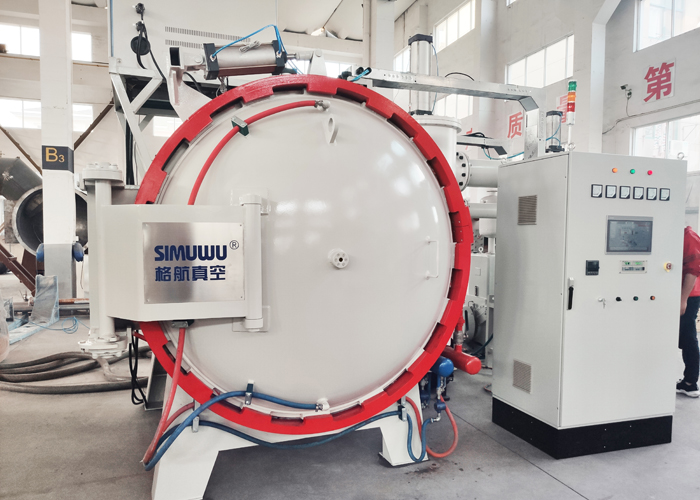