Ceramic Injection Molding (CIM for short) is a new type of near-net-shape technology for ceramics. The feed material is injected into the mold cavity and cooled and solidified to form, and then the organic matter in the formed blank is removed by heating or other physical and chemical methods, and the final product is obtained after sintering and densification. 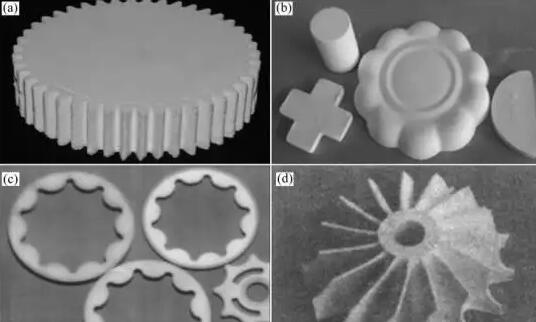 The degreasing process determines the quality of the final product to a certain extent, and most defects are generated in this stage, such as pores, deformation, cracks, etc., and the defects generated in the debinding process are often unable to pass the subsequent sintering. Therefore, people have been exploring new degreasing methods and processes to reduce the defects of ceramic injection molding as much as possible and give full play to the advantages of ceramic injection molding.

Due to the high polarity of the polyacetal-based system itself and the good compatibility with ceramic powders, the formed green body has high strength. Under the action of acid vapor catalysis, polyaldehydes generally undergo a rapid depolymerization reaction between 110 and 150 ℃, which is a direct gas-solid reaction. The product of the reaction is gaseous formaldehyde monomer. The reaction temperature range of catalytic degreasing is 100～150℃, which is lower than the melting point of polyoxymethylene resin to prevent liquid phase formation and dimensional deformation, and reduce the need for precise temperature control. This avoids “green” softening due to liquid phase formation during thermal debinding, or deformations and defects due to the influence of gravity, internal stress or viscous flow. The gaseous acid does not pass through the binder, and the reaction only proceeds at the interface between the gas and the binder. Diffusion of the gas is limited to the formed porous shell and no pressure builds up inside the green body.

For most ceramic injection molding powder feedstocks, nitric acid is a suitable catalyst. Because nitric acid has strong oxidizing properties and strong gasification tendency, under normal degreasing conditions, nitric acid vapor will not deposit in the capillary pores of ceramic parts after removing organic carriers, nor will it corrode the furnace structure. However, due to its strong oxidizing property, many powders are oxidized to form nitrate powders, such as Y2O3 added when sintering Si3N4 and SiC, which affects the degreasing effect. Oxalic acid can overcome the shortcomings of nitric acid and become another widely used catalyst. Oxalic acid is a volatile organic acid. It is solid at room temperature, rises to gaseous state at temperatures above 100°C, and decomposes into CO, CO2 and H2O at temperatures above 187°C. Therefore, using oxalic acid as a catalyst, the exhaust gas treatment after catalysis is also relatively simple. The use of oxalic acid broadens the selection of raw materials. In addition, mineral acids, boron trifluoride and organic acids also have a certain range of applications.

The debinding mechanism of catalytic debinding from outside to inside does not produce cracks and holes, and can obtain a high debinding rate. The moving speed of the gas binder interface to the interior is 1-4 mm/h, which is much higher than the traditional degreasing technology, and is dozens of times that of other technologies (such as thermal degreasing and solvent degreasing), and the size and thickness are limited. The degreasing thickness exceeds 25.4 mm. During the catalytic debinding process, a high-speed inert gas flow (nitrogen, argon, helium and their mixtures) can be introduced into the debinding furnace to accelerate the diffusion of small molecules to adjust the debinding rate. The degreasing rate can also be controlled by controlling the concentration of the catalyst. And with the decrease of the inert gas flow rate, the catalyst concentration in the degreasing zone increased, which accelerated the whole degreasing rate. Therefore, the flow rate of the inert gas should be controlled within an appropriate range. 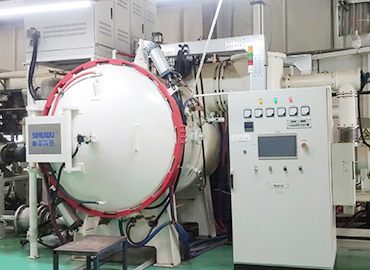