1.Compared with plasmanitriding, gas nitriding has the advantages of simple operatplasma, high process repeatability, simple equipment structure and nitriding principle, and can realize automatic control of the process. The most prominent feature is the nitriding temperature and atmosphere. Uniformity is better. For gear nitriding, especially for small module gears, the difference between the depth of the nitriding layer between the tooth root and the pitch circle is smaller than that of plasmanitriding. 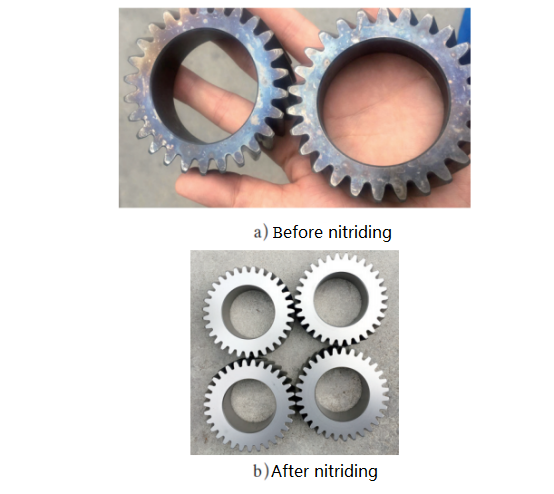 The gears should be cleaned before gas nitriding and furnace installation, and there should be no moisture and impurities remaining, otherwise the appearance of the gears after nitriding will not be uniform, and dark spots will appear. Although there is no obvious difference in the depth of nitriding layer, nitriding hardness and metallographic structure between the piebald and the normal area, the piebald will seriously affect the appearance quality of the gear. Macroscopic topography analysis was performed by super-depth-of-field stereo microscopy on the irregular mottled area.

The abnormal mottled area has a higher content of O element than the normal area. In addition to high O element, it also contains a small amount of elements such as Na, S, Cl, K, Ca, Mg and Al. These elements are mainly derived from residues of water, cleaning agents and shaving oils. From the above analysis, it can be seen that the appearance of gas nitriding mottle is caused by the unclean cleaning before nitriding. Therefore, special attention should be paid to the following points in the cleaning of gas nitriding gears.

2) Use acetone, gasoline and other substances for cleaning, but these substances have low flash points, and attention should be paid to the ventilation and fire safety of the cleaning environment.

3) The workpiece should be dehydrated before cleaning with a hydrocarbon cleaning machine.

4) Pay attention to the quality of the water used in the cleaning process, and use pure water as much as possible.

When the gas nitriding furnace leaks due to problems such as sealing, it will cause oxidation on the surface of the workpiece. This oxidation has no effect on the intrinsic quality of the workpiece, but does not meet the requirements of appearance quality. In this state, the repair process can be used to restore.

From the above three problems and solutions, we can see that when there is a problem in the heat treatment process, we should pay attention to every detail in the process, and grasp the key to solve the problem. 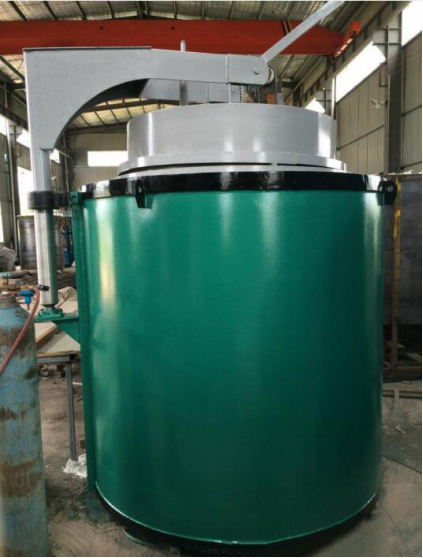