Explosive welding method: Explosive welding method uses explosives as the energy source, and uses the high-speed impact generated by the explosion to act between different connected components, causing violent collision, deformation, and even melting in a very short time, so as to achieve a firm interface connection. Because the interaction time between the interfaces is extremely short, there will be no obvious diffusion layer, and no brittle intermetallic compounds will be generated. This process does not require high equipment, the process is relatively simple, and the cost is low. It is especially suitable for strength and melting point. Preparation of alloys and metal composite materials with large differences. However, due to the high-energy and rapid characteristics of the explosion, the interface is mostly wavy, the bonding strength is low, and the controllability is poor, and it is not suitable for the preparation of thinner plate and strip materials. In addition, the noise pollution and environmental problems caused by explosions are often important factors that limit their applications.

Rolling method: The rolling method is divided into hot-rolled composite and cold-rolled composite. The basic principle is that under the action of the extreme pressure of the rolling mill (or coupled with the thermal effect of high temperature), the oxide film on the surface of the different material components is broken, and the fresh metal surface is exposed. Under the action of continuous and large plastic deformation, the exposed fresh contact surface forms mechanical occlusion and inter-atomic bonding, thereby forming a firm bonding interface. In the process of hot-rolling compounding, the problem of interface oxidation is a major problem that affects the interface bonding. In order to prevent the oxidation of the interface during the hot rolling process, pre-welding methods are currently used, that is, the components are assembled in a certain order, and then the surroundings are sealed by welding to minimize the oxidation phenomenon. For cold-rolled compounding, there is often a critical downforce value, and a good interface bond can only be obtained when the deformation exceeds the critical value. Traditionally, it is believed that a good interface can be obtained when the first-pass depression is greater than 50%, but for some materials, the single-pass depression is not a necessary and sufficient condition, and there are corresponding requirements for the total depression. . At present, a three-step process, namely “surface treatment + milking + annealing” is often used to obtain composite slabs with good interface bonding and high dimensional accuracy. On the whole, the rolling method has strict requirements on the component material composition, surface quality, and process parameters, the process is relatively complicated, and the material size is limited.

Diffusion method: The diffusion method is to stack the surface-cleaned metal plates in a certain order, keep them at a high temperature for a certain period of time, and combine different materials through inter-atomic diffusion to form a firm bond. In the process of diffusion, a certain pressure is often added to keep the different components in a compressed state, but the pressure does not cause significant macroscopic plastic deformation of the different components, and the residual stress near the interface is relatively high. less. In the process of solid diffusion of heterogeneous metals, the bonding of the interface goes through three stages of point contact, surface contact and body contact successively. In the early stage of diffusion, it is mainly the stage of multi-point physical contact. Atoms near the interface rely on deformation to make the distance between heteroatoms gradually decrease, reaching the conditions for the formation of weak chemical bonds. The second stage is the chemical interaction stage. As the diffusion progresses, the contact position changes directly from point contact to surface contact, and an activation center is formed, which produces physical and chemical interactions on both sides of the interface, and finally forms a stable chemical bond. After the surface contact is formed, the metallurgical bond is finally formed through the three-dimensional diffusion of the bonding surface around the interface. This stage is the “bulk” diffusion stage.

Accumulative rolling method (ARB): The accumulative rolling method is a method of preparing ultra-fine-grained materials based on severe plastic deformation. The main process flow is: base metal pretreatment + stacking + rolling + half-cutting + stacking + rolling…, each completion of a process cycle is called a pass. The thickness of the sample obtained by this method is the same as that of the initial sample, but the number of layers gradually increases, and each layer produces huge deformation. If the initial layer number is 2 layers, after n passes, the final layer number is 2n. Through the ARB method, on the one hand, the combination of heterogeneous materials can be realized, and on the other hand, the violent plastic deformation of the multilayer composite material can be realized, and the ultra-fine crystal structure of the multilayer composite material can be obtained.

Hot press sintering
The specific process is to apply high temperature and external pressure to the loose powder or powder compact at the same time, and the loose powder in the graphite mold is heated and sintered under high pressure to form a product with a fixed shape. Heating methods include resistance type, induction type, etc.; pressure mainly uses mechanical pressure or hydraulic pressure. The characteristics of hot pressing sintering: hot pressing sintering is carried out at the same time as heating and pressing, and the powder is in a thermoplastic state, which facilitates the contact and diffusion of particles and the flow and mass transfer process, so the molding pressure is only 1/10 of the cold pressing; It can reduce the sintering temperature and shorten the sintering time, thereby resisting the growth of grains, and obtaining products with fine grains, high density, and good mechanical and electrical properties. There is no need to add sintering aids or molding aids, and ultra-high purity ceramic products can be produced. The disadvantages of hot pressing sintering are complex process and equipment, strict production control requirements, high mold material requirements, high energy consumption, low production efficiency, and high production costs.

Spark plasma (SPS) sintering method: Spark plasma sintering (SPS) is a low-temperature, short-term rapid sintering method that can be used to prepare metals, ceramics, nanomaterials, amorphous materials, composite materials, gradient materials, etc. It is a pressure sintering method that uses on-off DC pulse current to directly energize and sinter. The main function of on-off DC pulse current is to generate discharge plasma, discharge impact pressure, Joule heat and electric field diffusion. During the sintering process, the spark plasma generated instantaneously when the electrode is supplied with a direct current pulse current makes each particle in the sintered body uniformly generate Joule heat by itself and activate the surface of the particle. The SPS sintering process can be regarded as the result of the combined effects of particle discharge, conductive heating and pressure. In addition to heating and pressurizing the two factors that promote sintering, in SPS technology, the effective discharge between particles can generate local high temperature, which can cause local surface melting and surface material peeling; high-temperature plasma sputtering and discharge shock remove the powder Particle surface impurities (such as surface oxides, etc.) and adsorbed gas. 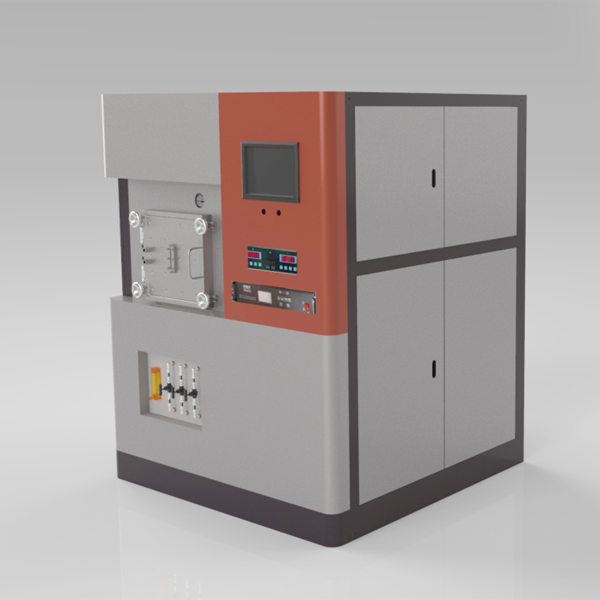