The Difference Between Hard Nitriding and Soft Nitriding

Nitriding is a type of chemical heat treatment, also known as nitriding, which refers to placing the workpiece in a nitrogen-containing furnace gas (ammonia-containing gas), selecting an appropriate temperature, gas flow, ammonia concentration ratio, etc., and maintaining it for a certain period of time , So that the nitrogen element penetrates into the surface of the workpiece to form a surface nitride phase with very high hardness, resulting in higher wear resistance, fatigue resistance and other characteristics.

The temperature of nitriding treatment is usually in the range of 480～540℃ (it is necessary to maintain the hardness of the core part of the workpiece and make the hardness of the nitriding layer reach the required value), and the treatment time is in accordance with the required depth (usually 0.1～0.65mm) Between) is different, generally 15 to 70 hours, or even longer.

This conventional nitriding is also called hard nitriding, as opposed to soft nitriding. 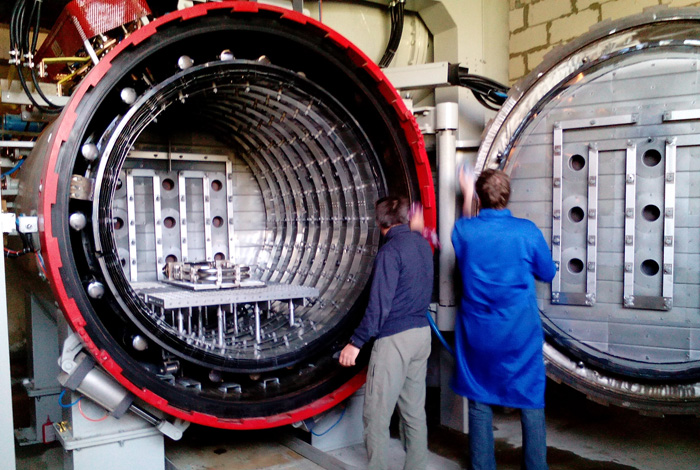 The current problem of gas nitrocarburizing is that the thickness of the iron-nitrogen compound layer in the surface layer is relatively thin (0.01～0.02mm), and the hardness gradient of the nitride layer is steep, so it is not suitable to work under heavy load conditions.

The meaning of “soft nitriding” does not mean that the obtained hardness is lower than that of the so-called “hard nitriding”, but it means simple, labor-saving, and low-cost.

Hard nitriding is applied to workpieces with high load and relatively high requirements for contact fatigue, emphasizing the depth of infiltration layer.

The function of soft nitriding is the fast infiltration rate, which is generally used for workpieces with small load, and the infiltration layer is required to be shallow.